I Believe In Evolution, Except For The Whole Triassic Period

I Believe In Evolution, Except For The Whole Triassic Period
(The Onion)

This so-called Triassic period saw the formation of scleractinian corals and a slight changeover from warm-blooded therapsids to cold-blooded archosauromorphs. Clearly, such breathtakingly subtle modifications could only have been achieved by an active intelligence.

The secular Triassicists would have you believe that these changes were just the result of millions of years of nature favoring certain genes over others in order to adapt, the same way evolution worked prior to the Triassic. Obviously, that doesn’t make any sense.

Yeah, I’ve had niggling doubts about those archosauromorphs myself.
Posted by Mujib at 8:33 AM 2 comments:

A second mental module that primes us for religion is causal reasoning. The human brain has evolved the capacity to impose a narrative, complete with chronology and cause-and-effect logic, on whatever it encounters, no matter how apparently random. “We automatically, and often unconsciously, look for an explanation of why things happen to us,” Barrett wrote, “and ‘stuff just happens’ is no explanation. Gods, by virtue of their strange physical properties and their mysterious superpowers, make fine candidates for causes of many of these unusual events.” The ancient Greeks believed thunder was the sound of Zeus’s thunderbolt. Similarly, a contemporary woman whose cancer treatment works despite 10-to-1 odds might look for a story to explain her survival. It fits better with her causal-reasoning tool for her recovery to be a miracle, or a reward for prayer, than for it to be just a lucky roll of the dice.

Menstrual Mood Swings May Have a Use After All

Menstrual Mood Swings May Have a Use After All
(New Scientist)

Indeed, previous experiments have shown that women report getting more pleasure from cocaine and amphetamine use during the follicular phase compared to the luteal phase, says Dreher. He believes his findings may therefore help treat women with drug abuse problems, or those with mood disorders.

Dreher also speculates that increased feelings of reward during the follicular phase—when a woman is ovulating and therefore most likely to get pregnant—may have an evolutionary benefit. “It is interesting to note that, from an evolutionary perspective, the increased availability, receptivity and desire that may occur during the ovulatory period has been thought to facilitate procreation,” he says.

Really? That goes against everything I know of the phenomenon.
Posted by Mujib at 7:32 PM 1 comment:

“Hobbit” human “is a new species”

In the new study, Dean Falk, of Florida State University, and her colleagues say the remains are those of a completely separate human species: Homo floresiensis.

They have published their findings in Proceedings of the National Academy of Sciences.

The remains at the centre of the Hobbit controversy were discovered at Liang Bua, a limestone cave on the Indonesian island of Flores, in 2003.

Hooray for Bilbo!
Posted by Mujib at 6:59 PM No comments:

Condoms “too big” for Indian men

The two-year study was carried out by the Indian Council of Medical Research.

Over 1,200 volunteers from the length and breadth of the country had their penises measured precisely, down to the last millimeter.

The scientists even checked their sample was representative of India as a whole in terms of class, religion and urban and rural dwellers.

The conclusion of all this scientific endeavor is that about 60% of Indian men have penises which are between three and five centimeters shorter than international standards used in condom manufacture.

So this may just be what the doctor ordered.
Posted by Mujib at 10:42 AM 4 comments:

At least one satellite operator offers foreign channels such as eurotictv, allsex, 247Sex and transex, along with the God Channel and the Church, Miracle and Hope channels. In a country where converting to Christianity from Islam carries the death penalty, the Christian channels are just as offensive to some as the pornography, although not as popular.

“Pornography is a problem,” admits new provincial police chief General Asmatullah Alizai. “According to our Islamic rules and beliefs, people cannot accept this kind of thing. I don’t want people to see this kind of film.”

Indeed, for the estimated 500,000 foreign workers here, most from the Indian subcontinent, the chance to spot a woman in a bikini may be hard to pass up.

They typically live in a Dickensian world of squalor, working 12-hour shifts six days a week, often denied their wages of about $150 per month for months at a time. Most of them secure work by taking out loans from recruiting agencies at home to get here, forcing most to stay on for years without seeing their families and loved ones. The workmen have become prevalent in Dubai’s public parks and beaches as their numbers have swelled, and because of the lechery-on-the-beach factor, they are especially noticeable at this time of year. 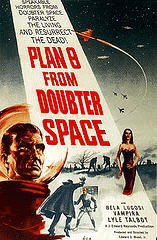